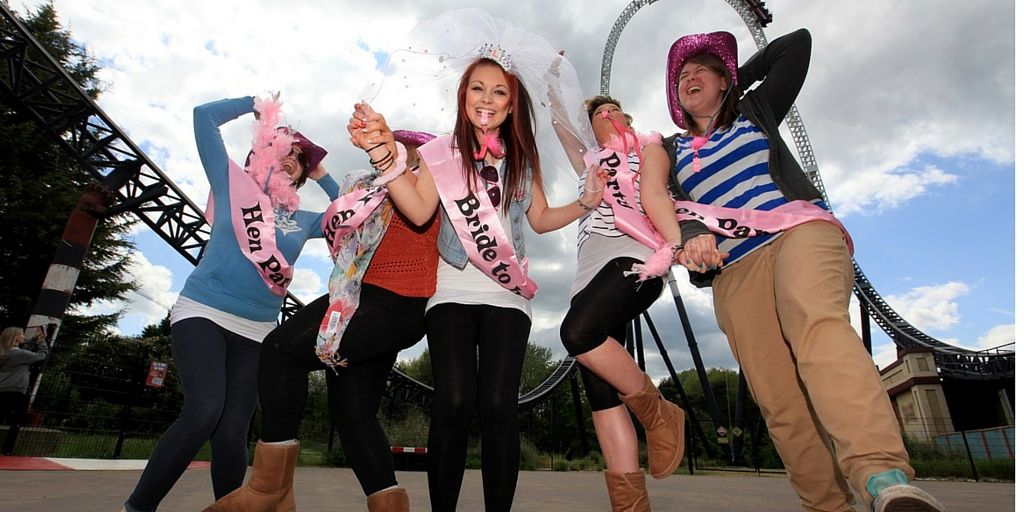 Planning a hen party can be hard work, but it’s always worth it when you get to see the bride-to-be’s face as she spends time with her nearest and dearest before the big day. Having been on a fair few hen parties in my time, there seems to always be a trend. The most obviously of which is the people. Here’s 10 people/groups you’ll encounter on a hen party, feel free to add more in the comments below!

A.K.A The mother-in-law. Generally this lady is just happy to be invited and will be in the background getting steadily drunker until she starts declaring how much she loves her future daughter-in-law. Well… hopefully!

THE MAID OF HONOUR

This is her night as much as the brides. She’ll shepherd everyone from place to place, making sure everyone is having fun, and at the last venue she’ll really let her hair down. The emails, texts, calls and negotiations... They’re all finished. Her work is now done.

She only knows the Mother-of-the-Bride and the bride herself, and she’ll stay super quiet until she’s been integrated by the super loud co-workers (see below). Don’t under-estimate her though, she’s probably the bride’s oldest friend and will have stories about her you’ve never heard before. These will all surface when she compensates for her shyness with that bottle of vodka that no one noticed her downing.

They’re determined to give their friend a proper send-off to make up for how boring office life is on a week-to-week basis. They’ll keep the momentum up and make sure everyone talks to each other. There’s no escaping Brenda when she wants to dance with you.

If you’re lucky, you’ll only have one fader. This person has been a complete nuisance to the maid of honour, asking for prices depending on what she takes part in. It’s a blink-and-you’ll-miss-her kind of thing. She’ll slink off after 9pm and that’s the last you’ll see of her.

This is a louder and rowdier hen party on the other side of the club. They have more whistles, sashes and tutus than you, and they’re downing shots by the dozen. I wouldn’t worry too much about this party; chances are you’ll all be making friends in the toilets by 11pm.

THE OLDER WOMEN WITH UNWARRANTED ADVICE

This is most probably going to happen when you’re walking between activities. You’ll be walking down the street on your way to dinner and a couple of middle-aged women will holler “Don’t do it!” and then laugh raucously.

They’ll lurk around your party waiting for the stragglers to get drunk and every so often try and join in your games. They try to integrate themselves by repeating “who’s the lucky lady then” at various stages throughout the night. They’re harmless really.

THE GIRL WITH HER MIND IN THE GUTTER

This lady will no doubt turn up with penis straws, penis whistles and a blow-up doll. She’ll make an innuendo out of everything. She revels in the attention from the creepy men (see above) because she loves the flirtatious banter. Heart of gold though, as this one generally ends up looking after the shy childhood friend, who’s vomiting come midnight.

This is her last real opportunity to go out and let her hair down before the wedding because from now on, her time will be filled with last minute appointments. She’ll be loving the company of her nearest and dearest friends. No doubt she’ll cry at least twice throughout the course of the hen-party. If she doesn’t drunkenly declare her love for all her hens, is she even a bride-to-be?

Despite all this, the people make the hen party and we all know it wouldn't be the same without them. If you’re thinking of an activity weekend away for your hen party, then let us help you with the organisation. At least that will remove some of the stress! Contact our customer service team for a tailored hen party package in Europe!

10 best themes for a stag weekend

Break from the norm hen and stag party ideas