5 Key Reasons to Ski in Bulgaria

France, Austria, Italy. When it comes to booking a ski break, these destinations are probably the first to spring to mind. Now, while there’s nothing wrong with that at all, certain other European countries can actually be equally as great to visit, if not better.

Bulgaria is one example of this.

Offering incredible scenery, amazing slopes, and a cheaper après ski than anywhere else in Europe, here are five reasons why Bansko or Borovets in Bulgaria should be your next ski break destination.

Flights from the major UK cities to Bulgaria are super cheap and will get you to Sofia airport in just over three hours. From there, you can either travel by bus or hire a car down to one of the two main Bulgarian ski resorts: Borovets and Bansko.

NB. Our own packages include airport transfers so you have one less think to think about!

From Sofia airport, you can get to Borovets ski resort in just over an hour, whereas Bansko is an hour further south. With smooth roads and beautiful Bulgarian scenery featured all along the way, the journey will fly by and you’ll be at the resort quicker than you can say ‘off piste’.

One of the main benefits of choosing to ski in Bulgaria is how much cheaper it is when compared with other European countries. This was proved back in 2017, when a report showed that a ski holiday in France cost 180 percent more than choosing the same holiday in Bulgaria. A year later, Bansko was found once again to be the cheapest ski resort in Europe.

However, it’s not just the price of the resort itself that’s cheap – Bulgarian ski resorts offer better value for money when you get there too. For instance, if you love a good après ski (which come on, who doesn’t), a pint of local lager will only cost you the equivalent of € 1 on the slopes, or even less off them.

As I mentioned earlier, Bulgarian ski resorts often go under the radar, so it’s still a bit of a secret how great they actually are.

Many people still tend to opt for more of the ‘classic’ ski destinations, like France, Italy or Austria. However, this is generally a good thing, as it means that Bulgarian slopes are often a lot less packed and crammed full of tourists fighting over the ski lifts.

This is changing however as more people cast their net wider looking for alternative destinations and bargains. 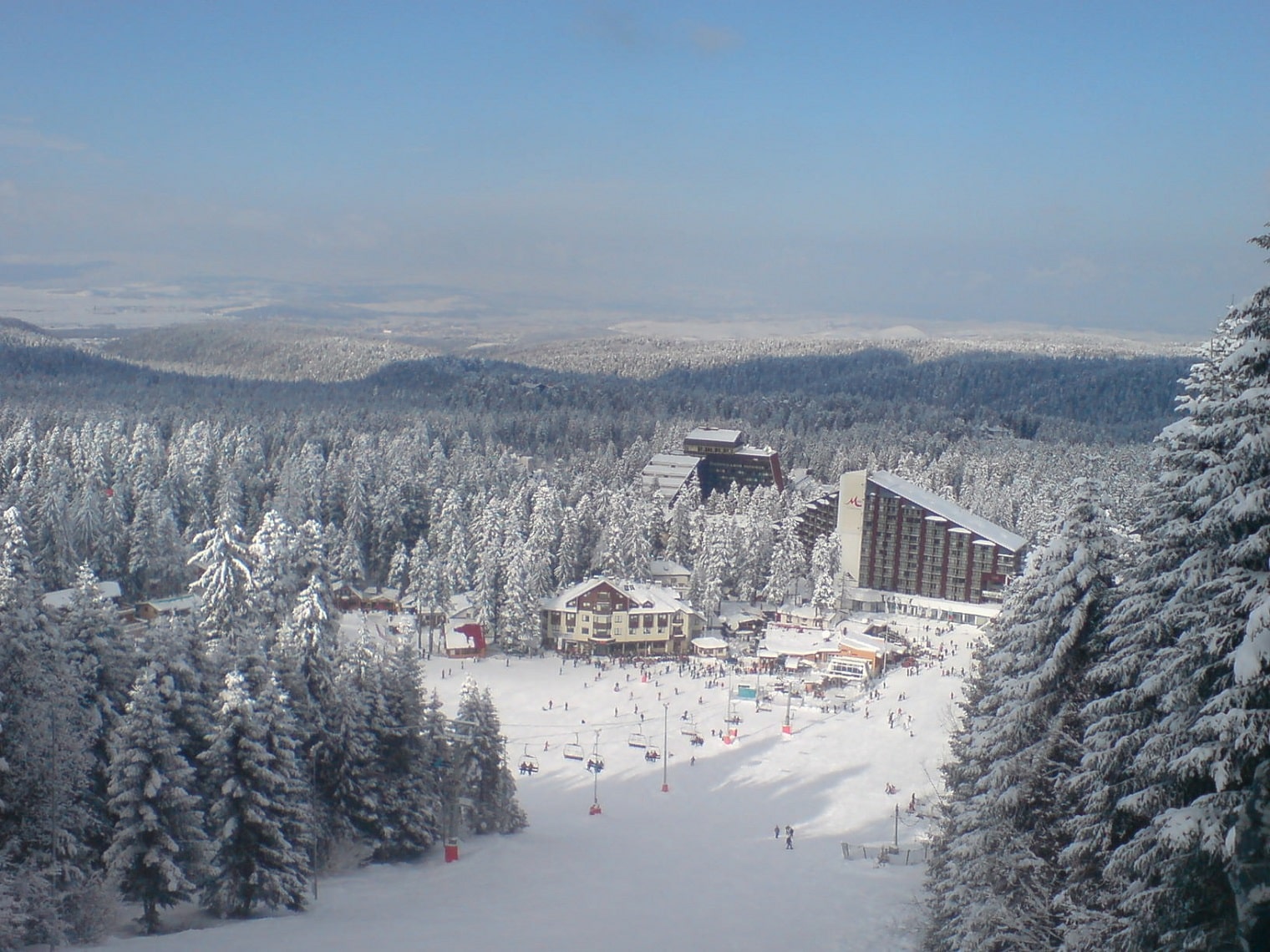 Bulgarian ski schools specialise in teaching true novices and beginners how to ski properly. Therefore, if you’re relatively new to skiing and don’t know your red runs from your black runs, heading to Bulgaria could be the best way to learn.

The Bansko ski school in particular is renowned as offering excellent tuition and the level of English spoken is of a high standard.

Plus, since the country is so much cheaper than most other ski destinations, the lessons won’t cost you a fortune either, meaning you’ll still have plenty of money left for those après ski beers I mentioned earlier.

5. It has a great atmosphere.

Bulgarians are very friendly, funny and always on hand to help – whatever your issue may be. While this probably has something to do with the abundance of cheap beer on offer, the general friendliness of the people there makes the atmosphere of Bulgarian ski resorts second to none.

It’s a truly wonderful place to spend your time and the culture and atmosphere is very different to the Alpine resorts.

So, there you have it – five key reasons why we think Bulgaria should be your next ski break destination.

Whether you’re looking for a holiday on a budget, lively après ski, or a place to learn how to ski, Bulgaria could be the country for you.

Take a look at our ski breaks in Bulgaria and book online today!

Everything you need to know about skiing in Bormio

Everything you need to know about skiing in Madonna di Campiglio

Everything you need to know about skiing in Livigno