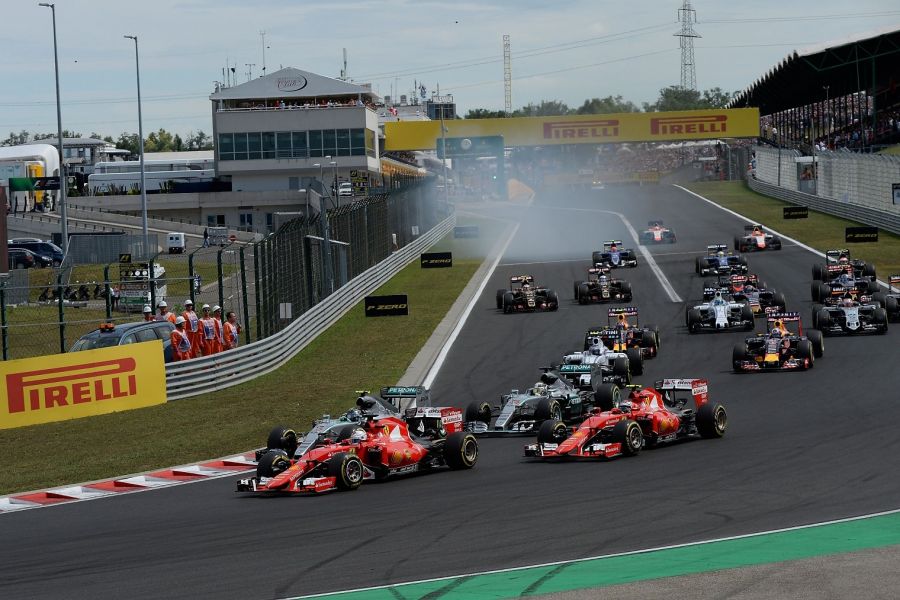 The F1 sees a range of people coming together for a shared passion… but what sort of people will you meet at a F1 Grand Prix Race?

There’s always one person who knows every twist and turn of the track. They know the track history and the top speeds reached at certain points. If you encounter this person at the Spa, Belgium track, then they’ll tell about the sharp hairpin bends and high-speed downhills that wind through the forest making it a beautiful and exciting course. They get animated about the circuit’s hair-raising sharp turns, and the Eau Rouge corner that many rate as the most exciting in the Grand Prix. There’s one perk of being near this type of fan… you know you have good seats!

Almost everywhere you go you will encounter this person. They’ve been dragged along by their super-fan partner/friend/relative and they generally always look like they have no idea what’s going on. They start the day by trailing along behind the super-fan, frequently checking their phone or sourcing out the best place to get a drink. Once they’ve assumed their position in the fan zone, they can be heard asking things like “so who does Lewis Hamilton drive for” or “if they win this race do they win everything?” or the definitive question: “How long will this last for?”. Regardless, this person normally gets sucked in by the atmosphere and leaves as a new F1 Grand Prix fan.

F1 has it’s super fans, like every sport. People who get up at all hours to watch the races, and snap up any opportunity to go see the races in person. These super-fans generally have one thing they obsess over: a driver, a team or a track. A study of F1 Grand Prix fans shows that 68% of those surveyed have travelled to another country to watch the races live, and that 65% of the same fans have followed the F1 GP for more than 15 years! They might know the team strategy off by heart, or know all the changes to the cars. We admire the passion this person shows as they watch their favourite wiz around the track!

This person turns up with their free tickets surrounded by flashing cameras and a large entourage. They get escorted to their private fan zone area and sit sipping champagne and laughing glamorously with their friends. Some are huge fans and revel the opportunity to get involved, others will get sucked in for the last few laps when the excitement builds or when someone crashes out. Regardless, it’s always fun to celeb spot.

5. The families of the drivers.

Formula one tends to run in the blood. If a child is raised watching their family members compete then chances are they’ll have a go on the track at some stage. ‘Keke’ Rosberg was followed into F1 by his son Nico Rosberg and between them they have 1 world championship and 6 race wins. Perhaps the most successful F1 family is The Schumachers with 7 world championships and 97 race wins between the brothers Ralf and Michael. The families normally watch from the stands and get the best views possible, it’s always emotional to watch them as they root for their loved one.

Regardless of who you encounter, the atmosphere at Formula One Grand Prix is definitely not to be missed. Check out our F1 packages today.

Taking your girlfriend on a sports weekend package