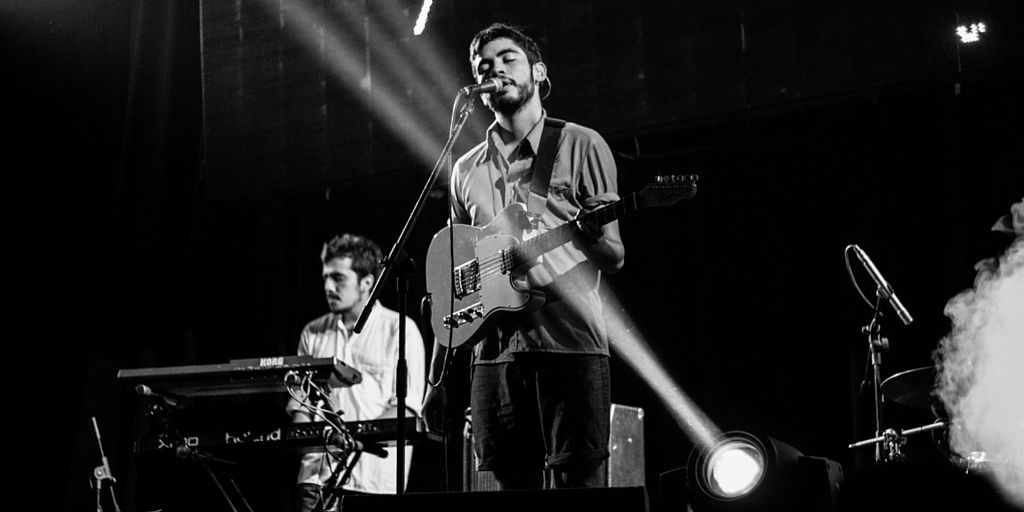 Home > Blog > 12 people you’ll encounter at your next concert

12 people you’ll encounter at your next concert

You’ve booked your concert break through ActivityBreaks.com, and you’re on your way to see your favourite artist, having soaked up the sights of a new city in Europe. You know you’re in for a treat with the band’s setlist, your seats are awesome but there’s one thing you maybe haven’t anticipated – the crowd! There are going to be thousands of other concertgoers in the arena and some of them will stand out a lot more than others! Think back to your last concert and see how many of you can get a full house in our ActivityBreaks.com concert break bingo!

The Crier: Usually a girl, usually under the age of 30, and usually at a boyband concert. However, if you’re away on an Adele concert break, then we imagine that the chances of this might slightly increase with her emotional ballads tearing at your heart strings! These concertgoers’ native habitat is usually in the front few rows.

The Drunk: Going to a concert is always a big event. You’ve bought your tickets months in advance, and the excitement just continues to build once you hear they’ve kicked off their tour as you learn the words to every song they might play. Sometimes people go all out and book the day off, or are enjoying it as part of a holiday. If this is the case, they may have started the concert a bit early with a few drinks at a nearby pub, and maybe even skipped dinner to be sure not to miss a thing. By the time the artist comes on, they may have little idea where they are, or possibly have been already evacuated from the arena. Your best chance of spotting this character is in the queue for the bathroom, the bar or floating around the concourse looking for their seat.

The Cameraman: I admit it; I have recorded bits of songs from some concerts I’ve went to with artists playing my absolute favourite songs. However, there’s a huge difference between using your phone for around 30seconds of the concert, to those who spend the entire setlist with their camera and flash on so they don’t miss a single second to relive when they get home. The reality? When you get home you realise someone nearby (or you!) has been singing really badly and it all sounds utterly terrible and nothing like the real thing you just witnessed. Nowadays, the real danger is those with tablets. If they’re standing in front of you, then chances are your first-hand experience is being ruined by having to watch it all through that little screen too!

The Couple: There will always be one couple who seemingly have no interest in the music, and seem to have paid an awful amount of money just to make out in a new location. Ew. Avoid at all costs. Often found at the back of the standing area (thankfully!).

The Encore Skipper: I don’t have the facts to back it up, but I’m 90% sure that even dinosaurs had an encore before becoming extinct. However, there are still those who don’t understand that when a band says bye, they will be back in like 10mins to play 2-3 more songs and then say goodbye for real. Maybe this isn’t as commonly-known as I think, or people just have other priorities like getting out of the car park before the crowd, but at your concert break you’re sure to experience this.

The Short Girl: Standing areas at concerts are not made for people below 6ft. I say this because I have been there many times where you think you have an awesome view of the stage only for someone taller than you to stand in front and block your perspective. However, that’s life. On your next concert break though, watch out for the short girl who believes standing areas should be organised by height. She will make this known to you if you are tall and in front of her, and you will spend the rest of the concert in fear for your ankles.

The Beer Sharer: If you drink alcohol, you know how nice it is when someone buys you a drink in the pub? Well, on a similar vein there will be one guy at the concert who decides he’s had enough and is far too excited, and will throw his beer back amongst the crowd. What a gent eh? No wait, all it means is sticky hair and spending the next song being annoyed about the entire situation. SHAME ON YOU.

The Bored Half: Maybe your other half is a huge Black Sabbath fan. You’re not so keen but hey the band are playing in Verona so you figure he’ll accompany you to the setting of Romeo & Juliet, and all you have to do is go to a concert for a few hours. You will be able to spot anyone who identifies with this concert break scenario as they’ll likely be sitting beside someone enthusiastic while they check their phone and look like they’d rather be anywhere else.

The Crazy Dancer: More likely at a dance event, you’ll find this concertgoer hopefully with a lot of space to themselves. The flailing arms and wicked dance moves will give them away for sure. But keep a wide berth so you don’t end up caught in the crossfire!

The Fangirls: If you’re going on our Justin Bieber concert break in Bologna, we can guarantee you will spot at least one group of fangirls. They’ll have queued for hours, whether they have allocated seating or not, complete with signs and t shirts. They’ll know every word, scream every time he tries to speak and may also end up crying (2 in 1 for those of you playing our bingo!).

The Chatter: As soon as a musician announces that they’re “going to share something new with you, a lot of people will take this opportunity to go to the bathroom, or even worse…just talk. This is also common when artists play a few acoustic numbers (if this isn’t their standard genre!) and is definitely one of my pet hates!

The Dear Dad: Again, this one will be more common to certain gigs. For the Justin Bieber concert break this is highly likely as dads are forced to accompany their daughters so they don’t miss out and resent them forever. No pressure. He’ll look totally unamused and probably be hoping that no one from his work catches sight of him.

So if you think you’re ready to take in the population of a concert for your favourite artist, then why not check out our full list of concert breaks in Europe! If there’s another artist you want to see, then why not get in touch with us at [email protected] to see if we can help.